Hosted by the Shanghai Municipal Administration of Culture and Tourism, organized by the Center for China Shanghai International Arts Festival, and co-organized by the Shanghai Cultural Agency, the “Happy Chinese New Year – Pujiang Arts Collection” Online Performances & Exhibitions by the Center for China Shanghai International Arts Festival will be officially launched on January 21, 2023. From January 21 to February 5, through this “cloud viewing platform”, the stage will show high-definition videos, exhibitions, documentaries, and other wonderful shows, presenting a cloud art feast to people from various circles of society at home and abroad, showing the beauty of Chinese culture, art and life to the world, explaining the excellent traditional Chinese culture with Chinese characteristics, reflecting Chinese spirit and containing Chinese wisdom. Chinese culture will be better promoted to the world so that the global audience can enjoy the fruitful results of Chinese cultural development.

From ancient mythology to contemporary heroes, the Symphonic Epic Concert Hero centers on the core theme of “hero”, leading the audience to return to the source of Chinese culture, awakening the eternally-immutable heroic spirit in our cultural bloodline, celebrating the eternal heroic spirit with the richness, diversity and contemporary nature of national music, paying respect to the great motherland, highlighting the spirit of the times, and letting the light of heroes transcend space and time and shine forever.

The symphonic poem A Thousand Li of Rivers & Mountains was jointly commissioned by 23 symphony orchestras from all over the country and composed by the famous composer Zhao Lin in one year’s time. The work is divided into six movements, with sheng, pipa, erhu, piano and bamboo flute appearing one after another, and the soloist and the orchestra presenting scenes of water and clouds, moon and pine, ice and snow and hundreds of rivers, lofty mountains, and thousands of mountains into the sea in the form of “dialogue”. At the end, the soprano sings Chinese music with a “touch”.

Modern Ballet A Sigh of Love by Shanghai Ballet

Modern Ballet A Sigh of Love is co-created by several celebrated artists in China and France on the basis of introducing and absorbing foreign experience by Shanghai Ballet. Choreographer Bertrand d’AT’s unique choreography and character settings make the plot and dance diversity fully integrated. Based on the life style of Shanghai in the 1930s and 1940s, the work combines the artistic characteristics of classical and modern ballet.

The theme of “Ode to Ancestors Yan and Huang” is the legend of the first two Emperors of China, Yan and Huang in the creation myth, and the epic poem from the first minute of chaos to the unification of China. Composed by the composers Zhou Xianglin, Zhao Guang, Zhang Xuru and Yin Mingwu from Shanghai Conservatory of Music, “Ode to Ancestors Yan and Huang” is of a multi-movement symphonic fantasia style. The four movements, “Yuan”, “Sheng”, “Hua” and “Xiang”, portray the majestic momentum and jagged tenderness in the heroic age of ancient China, pay tribute to the great civilization created by the ancient sages, salute the unity of the world, and look forward to a bright future of connectivity and common prosperity in the new era.

Featuring the artistic quality of “Sizhu Jiangnan, Sizhu Symphony” and expressing Chinese folk music in the global modern symphonic form, the concert staged three commissioned original large-scale folk orchestral works composed by famous composers, reflecting the quality of Suzhou, the characteristics of Jiangnan and the style of the times, playing the main melody of eulogizing the Party, the motherland, the Jiangnan and the new era.

In its more than 40-year history, Shanghai Dance Theatre Co., Ltd. has created and performed many fine dances, with a rich variety of dance genres and numerous awards. This collection of dance works by famous young artists is of the highest standard and brings together the best. It contains 10 fine dances such as “Then and Now”, “Just to Meet You on the Way”, “Dai’s Daughter, Dai’s Rain” and “Heavenly Bath”. There are gentle and elegant thoughts, and bold and spirited posture, sending affectionate greetings to overseas travelers who are thousands of miles away, and New Year wishes to foreign friends with whom we share our lives.

Shanghai Pops Orchestra’s original work Chinese Creation Myth tells the vivid Chinese creation myth story by bel canto, pop, crossover and music through 20 original pieces and songs, elucidating the natural and social outlook of the Chinese ancestors on the operation of the universe, the formation of heaven and earth, the emergence of human beings, the reconciliation of nature and the establishment of society, allowing present-day people to feel and realize the genes and origins of the spiritual character of the Chinese nation, and to draw continuous nourishment from them.

The exhibition of 100 works of Decade Glory of Shanghai at Shanghai Art Museum (China Art Museum) takes you to see Shanghai through art and appreciate the great changes in the development of Shanghai in the past ten years. The artists in Shanghai use their brushes to record the rapid development of the world’s top metropolis, depicting vivid pictures of “buildings to read, streets to stroll, parks to rest, and the city to have a temperature”, and also reflecting their sincere and passionate feelings for this land.

The “Cheeze” was co-created by Xiang Zhenhua, a well-known artist in France, who was invited by the 2022 Unlimited Brush Student Art Activity, and students of various ages in Shanghai. Through a series of workshops, the artist deconstructed his own artistic concept and led the participants to “draw” by hand and with the help of AI, which are two different kinds of tools. In this process, participants completed the dual experiences of assisting the artist in his creation and practicing their own artistic concepts. After that, the artist deconstructed the graphics created by the participants and himself, and combined and reconstructed them with the help of AI algorithms to generate new 3D interactive works.

The documentary show Shanghai Craftsmanship of Hundreds and Brilliant Intangible Cultural Heritage records the life stories or exquisite skills of traditional craftsmen in Shanghai, showing their life-long dedication to one thing and demonstrating the inheritance and innovation of old crafts. The 8K ultra-high-definition shooting technology allows the tiny details of the ICH crafts to be clearly displayed on the screen.

Discovery Shanghai takes urban archaeology as the starting point, discovery, experience and sharing of the city as the process, and city promotion as the end point, to realize the re-mining of urban cultural tourism resources, the rediscovery of urban cultural tourism value, and the re-experience of urban beautiful life. It allows people to fully experience the warmth, comfort and poetry of the people’s city, and to discover more and experience more in Shanghai through different perspectives. 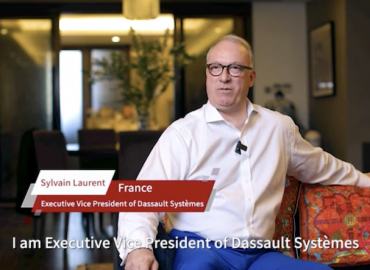 Shanghai Through Our Eyes – Luo Xiwen 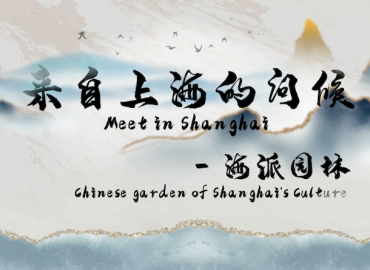 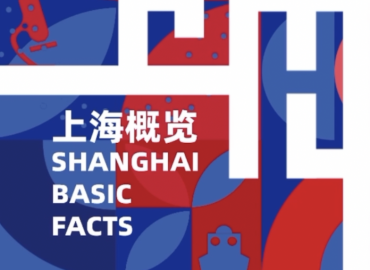 2021-10-112022-01-24 China Cultural Center in Copenhagen
We use cookies on our website to give you the most relevant experience by remembering your preferences and repeat visits. By clicking “Accept All”, you consent to the use of ALL the cookies. However, you may visit "Cookie Settings" to provide a controlled consent.
Cookie SettingsAccept All
Manage consent